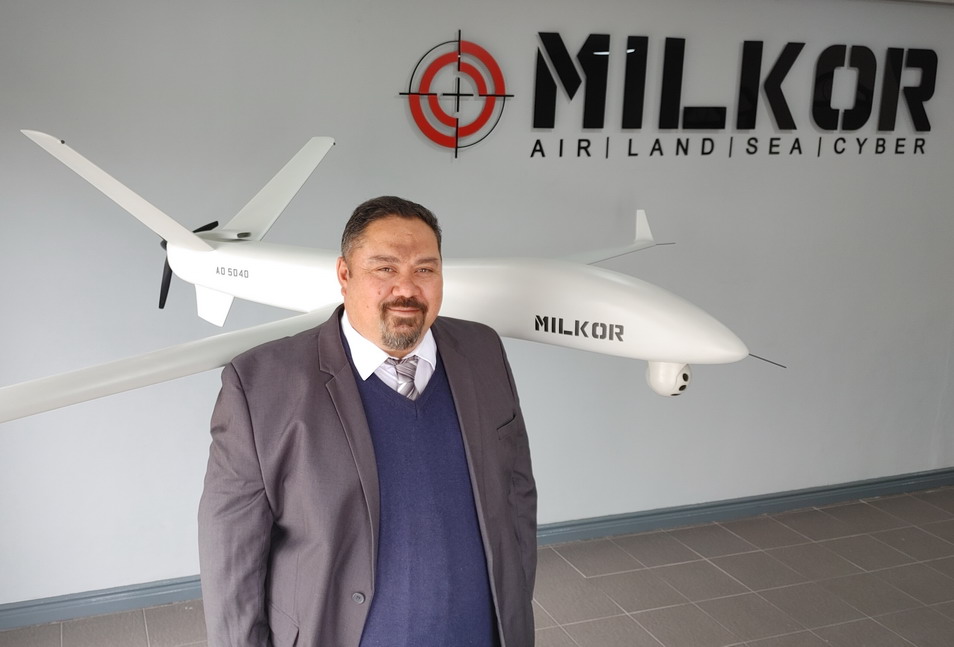 MIS is responsible for the unmanned aerial division of the Milkor Group and is developing its unmanned aerial vehicles (UAVs), including the flagship Milkor 380. All avionics, communications, and payload integration capabilities of the 18 metre wingspan aircraft have been developed in-house.

Due in part to its numerous payload possibilities, the platform can be employed for observation, reconnaissance, and opportunistic engagement. The aircraft can be fitted with guided weapons and various payloads to perform multiple operations, such as SAR/ISAR (Synthetic Aperture Radar/Inverted Synthetic Aperture Radar), Communications Intelligence (COMINT), AIS (Automatic Identification System), communications relay, and communications jammer. The airframe includes five hardpoints: two on each wing and one at the centre of the fuselage, with the ability to carry larger systems if needed.

The continuous development of its UAV programmes allows MIS to establish the company’s bedrock of capabilities in internal systems development and system integration. A main success factor in the establishment of these capabilities is owed to the strategically located testing and manufacturing facility in Cape Town, with its access to vast unrestricted airspace for testing unmanned aerial vehicles, Milkor explained.

MIS has grown its engineering team, and has matured its primary capability offerings, particularly in the areas of sensor integration (especially regarding Intelligence, Surveillance and Reconnaissance, or ISR), sensor fusion, communication networks, simulations and training systems. MIS is not only able to apply these technologies to their own platforms but also able to integrate them into existing platforms on the market, prolonging usability of in-service platforms.

“Our capabilities can now be used in a wide range of market requirements. We offer upgrading of communication systems, modernisation of software and integration of various sub-systems for air, land and sea applications,” said Ghaazim Rylands, CEO of Milkor Integrated Systems.

During the concept phase of the UAV programmes, MIS soon realised the inherent need to establish modern internal software and hardware development capability. According to Milkor this distinguishes its unmanned capability from many of its competitors around the world.

“The ability to control all critical aspects of the system is crucial for longevity and continuation of supply of our systems,” said Rylands.

With the 4th industrial revolution making waves in all sectors of defence, MIS does not fall short of its commitment to sustain the ever-evolving technological requirements from defence clients. As a response, MIS recently added proficiency in big data, artificial intelligence and system certification to its portfolio, expanding its value proposition to these clients even further, the company said.

In addition to the defence sector, these technologies will soon become a key player in some civilian applications. Unmanned maritime sea bed mapping, mining, autonomous transport, sensor fusion and business process automation are to name but a few potentially disruptive areas the company is targeting.

Milkor has also been successful in establishing strong collaborative partnerships with local and international stakeholders within the defence and the civilian market. With long term goals cemented, the future of MIS and all its offerings will have far reaching effects, the company affirms.

Milkor Integrated Systems was launched in mid-2019 with the focus of merging the company’s unmanned capabilities and programmes. It aims to be a supplier of choice to countries that require solutions from independent self-reliant suppliers, especially countries with emerging industries that struggle to access technology, products, and solutions.

MIS will showcase its capabilities at the September 2022 edition of the Africa Aerospace and Defence exhibition at Air Force Base Waterkloof. Milkor is the Diamond sponsor, and will be highlighting its various products and services at the exhibition, from its 4×4 armoured vehicle to UAVs and its inshore patrol craft.