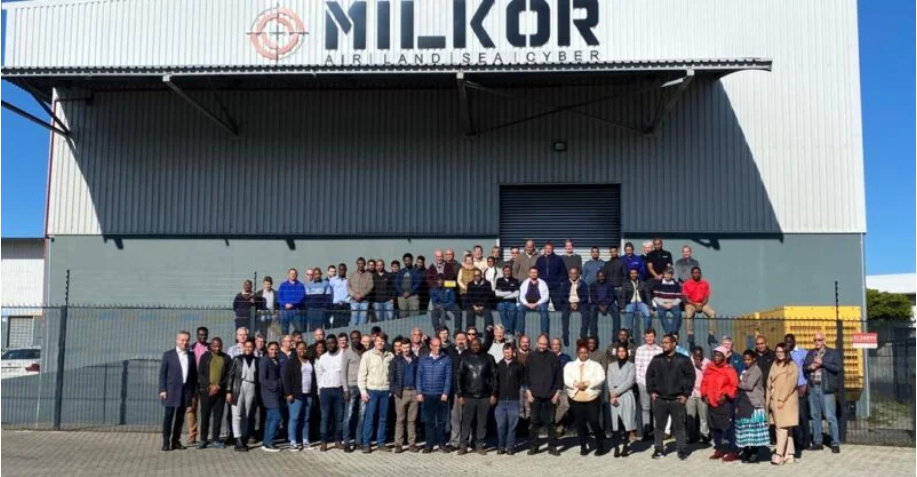 Unmanned Aerial Vehicles (UAVs) have become an integral part of modern warfare. Over the past two decades, military drones have primarily been used for Intelligence, Surveillance and Reconnaissance (ISR) missions and precision airstrikes. The newest generation of UAVs are equipped with ever more sophisticated technology allowing these platforms to complete a wider variety of operational requirements such as; Search and rescue-, Signal Intelligence (SIGINT)-, and Electronic warfare (EW) missions.

Milkor, one of South Africa’s largest defence conglomerates, has established itself as a fierce contender in the unmanned aerospace sector, with multiple platforms being produced since its expansion in 2016. The company’s newest platform, the Milkor 380, has been in development since the completion of its concept in 2018. Milkor says its platform is nearing completion, with flight test results expected towards the end of the year.

Ghaazim Rylands, Chief Executive Officer of Milkor Integrated Systems- The conglomerates’ platform design authority, has expressed their continuous evaluation of critical safety systems, operational data, platform architecture, and structural improvements to produce a system that is unlike any other system currently being offered.

Milkor’s 380 platform is designed with the modern battlefield in mind allowing the system to act as a “guardian in the sky” during complex operations. The airframe includes five hardpoints that allow interchangeability between various user-specific systems, two on each wing and one at the centre of the fuselage, with the ability to carry larger systems if needed. The avionics, designed and developed internally by Milkor’s engineering teams adds to the integrity of aircraft stability, maneuverability, and ease of use for its operators.

Rylands highlights the development of its stateof-the-art ground control station (GCS), featuring the latest technology for its operators. “The GCS is sophisticated yet simple and comfortable for long endurance missions. The team used input from experienced UAV pilots to create an environment where operators can truly focus on their objective, without unnecessary distractions”. According to Milkor’s published platform specifications, the system has a maximum endurance of 35 hours, a maximum take-off weight (MTOW) of 1300 kg, and an external payload capacity of 210 kg.

A notable achievement by Milkor’s communications team is the successful development of its Line-of-sight (LOS) communications system. The MILKOR 380 uses a relayed line of sight (RLOS) communication network, significantly increasing its operational range. In addition, the platform offers optional satellite communications (SATCOM), extending the operational range even further. UAVs are frequent headliners in modern warfare operations, evident in recent global conflicts. Milkor explains that its platform and technology are filling the gap that still exists in the unmanned aerospace sector. Ownership of data, system adaptability, maintenance, support, and the freedom of Milkor’s operational expansion all play a critical role for an operator successfully adopting the Milkor 380 platform.

The Milkor 380 will be displayed at the Africa Aerospace and Defence exhibition held in South Africa from the 21st-25th of September 2022, where Milkor is the Diamond Sponsor. Milkor will also show its full range of land, sea, and weapon offerings at the event.